"The person, be it gentleman or lady, who has not pleasure in a good novel, must be intolerably stupid." -Jane Austen 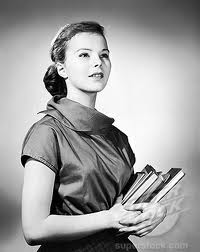 I cannot believe that it's August!!!!!! This summer is just flying by. No matter what your plans are for the rest of the summer, here is a list of five books that I highly recommend to keep you occupied. I've included some quick, fun reads, a historical fiction, and (different than what we usually do) a non-fiction. Still want more? Check out our titles from the Reading List: July 2012  to fill any gaps. 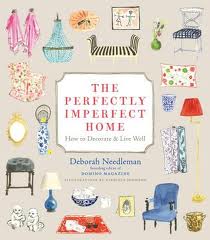 1. The Perfectly Imperfect Home by Deborah Needleman: I first found this book advertised in a magazine, and after viewing several pages on Amazon, immediately put it on Inter Library Loan! In this book, Deborah Needleman writes about how to 'decorate and live well.' It's filled with all sorts of advice to really make a room cozy, cute, and absolutely YOURS. Honestly, it was everything I've ever wanted in a decorating book. I was so sad when I had to return it....I just wanted to re-read it forever. It also features water color illustrations by Virginia Johnson, which really add a lot to the overall feel of the book. This would be a great inspiration if you want to re-do your room before the start of school! It was first published in 2011, so may be a bit hard to find if you're going through a library, but it's well worth the extra leg work. I give it a 10!! 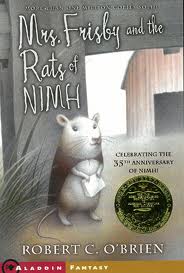 2. Mrs. Frisby and the Rats of NIMH by Robert C. O'Brien: I read this whimsical book when I was younger, but I have always remembered how charming it was. The plot follows the story of Mrs. Frisby, a widowed field mouse, who must seek help from a colony of rats to save her children. The plot has many twists, memorable characters, and ideas that really make you think. Still, this children's book proves to be a fun, happy, and perfect to read before all those literature classes start up again! First published in 1971, Mrs. Frisby and the Rats of NIMH went on to become the Newberry Medal recipient  in 1972, and the joint winner of the William Allen White Children's Book Award in 1974. An animated movie, and a later sequel, entitled The Secret of NIMH was filmed in 1982. Although the movie includes the chief characters of the book, it has a magical slant that O'Brien never wrote. Add a bit of whimsy to your summer reading with this charming tail! 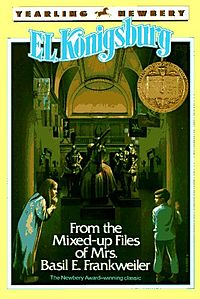 3. From the Mixed Up Files of Mrs. Basil E. Frankweiler by E.L. Konigsburg: This book will always have a special place in my heart. My brother and I were a lot younger, and we went to the library in search of good audio books to listen to during a long car ride. Dad remembered having read this book as a kid, so we got it out. It soon became our travel favorite! I don't know how many times we've taken it out since then; even last year, on our way to Virginia, we listened to it. It will always be my first pick for travel. Written in 1967, it tells the story of Claudia, a girl living outside of NYC. After suffering from an overall lack of excitement, she plans a 'getaway' to the Metropolitan Museum of Art. I don't want to spoil it for you, but I will say that Claudia, and her brother, Jamie, have many unusual experiences by the end of the book. Jamie always makes me laugh-Konigsburg did an awesome job depicting a little brother! And Claudia, well, let's just say I can really relate to her. E.L. Konigsburg, a mother of three, had her two youngest children pose for the original book cover, and her next door neighbor, a woman named Anita Brigham, posed as Mrs. Basil E. Frankweiler. Konigsburg also says that inspiration for Frankweiler came from a Miss Olga Pratt, the headmistress at Bartram's School for Girls in Jacksonville, Fl, where Konigsburg taught chemistry. She said, "Mrss Pratt was not wealthy, but she was a matter-of-fact person. Kind, but firm." Two movies were made from the book, one in 1973 and the other in 1995. It also was a Newberry Medal recipient in 1968, and the winner of the William Allen White Children's book Award in 1970.

4. Wait For Marcy by Rosamond du Jardin: I rescued this old worn out paperback from a box of 'get rid of' books from our church library.....what a find! Wait for Marcy is your classic summer paperback romance. It's a quick read (I finished in 3 days), but so relaxed and fun. It's perfect to keep you company while hanging out at the beach! The book follows 15 year-old Marcy, as she enters the world of dating. There are many guys introduced in the book, but one in particular stands out....Steve, the best friend of Marcy's older brother. But, he's always called her 'Squirt', and treated her more like a little sister than a date! Follow Marcy as she fills her summer with parties, dances, friends, and makes decisions for herself about growing up. Rosamond du Jardin wrote 17 young adult books total, some of which follow Marcy as she gets older. You can find those, and other fun paperbacks, here.

5. Mary, Bloody Mary by Carolyn Meyer: Here's a great historical fiction following one of Englands most famous rulers: Mary Tudor. First in Carolyn Meyer's Young Royals series, Mary, Bloody Mary  "Accurately captures the glitter and grandeur as well as the brutality of this fascinating period in history." We are always given one side of Mary's story, only told about her life as queen. This book really brings to light what she must have felt after her and her mother were banished, and she declared an illegitimate heir after her parent's divorce! Overall, it is beautifully written and will really get you thinking. A great read to get you interested in history before the start of school! :) Mary, Bloody Mary was named one of the Top Ten Best Books for Young Adults by the ALA, and was also the 2002 Young Reader's Choice Award. To find more information on this book, find other Young Royals titles, browse her many other works, AND check out her writer's journal, visit Carolyn Meyer's Website

Well, this ends our August 2012 Reading List post! We'll be back in September with more great reads. In the meantime, what are some books you'd like featured? Have you enjoyed our picks? We want to hear from you! Please put all suggestions in the comments below, or email them to Young Yankee Lady using the address on the right.

As always, Thanks for reading! :)