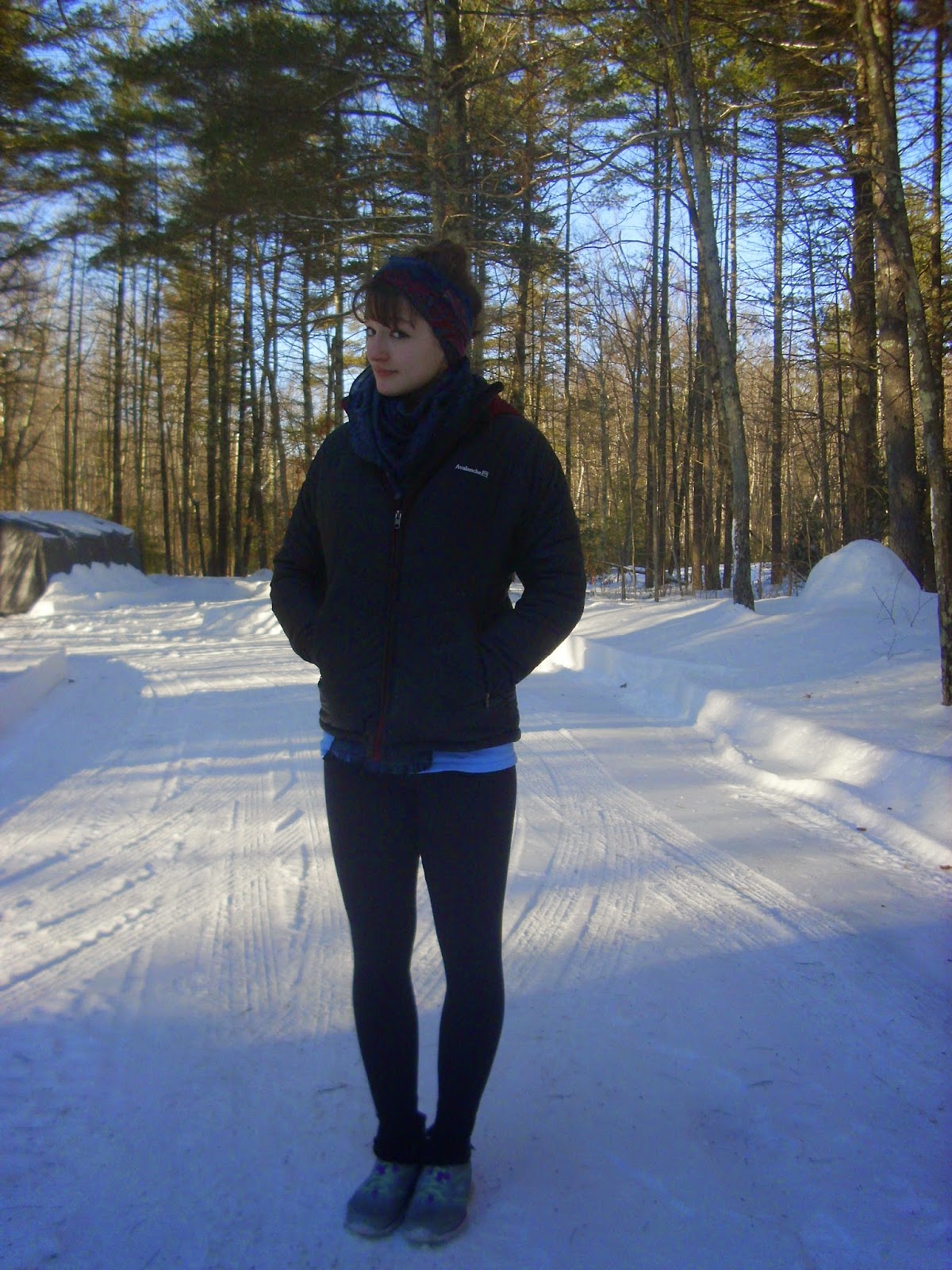 5 Epic Things That Happened This Month:

+Bought new skates! And they're starting to feel more comfortable! Not only was the act of getting new skates awesome, but I bought these myself. The biggest purchase of my life. I'm very, very proud of them.

+Finished learning routines with my Theater on Ice team. :) Honestly, working with brilliant choreographers is the best part.

+Finished my Entrepreneurship class! It feels so good to have this over with. It was an easy A, but unfortunately that translated to busy work and I hate busy work.

+Made the resolution (cuz new years. Or something) to be better at spending time with people. I know it sounds silly, but it's very easy for me to focused on skating and school and work and completely ignore relationships. But this month, I've started actively working on meeting people face to face and making the time to hang out, and keep in touch.

+Tried so many different coffees. Re-discovered Gatorade. Found out I actually like Moxie.

Goals for Next Month:

+Participate in the 28 Day Heart Opening Yoga Project over at Yoga by Candace! I'm planning on working on Mermaid's pose. I'll keep you posted!

+Finish a couple of books. Right now I'm in the middle of Frankenstein, Rapture in the Deep, Great Expectations, and The FitzosbOsborne's In Exile. Time to prioritize reading!

+Get in the habit of not snoozing my alarm so much.

+Hang out with people! Be an initiator! 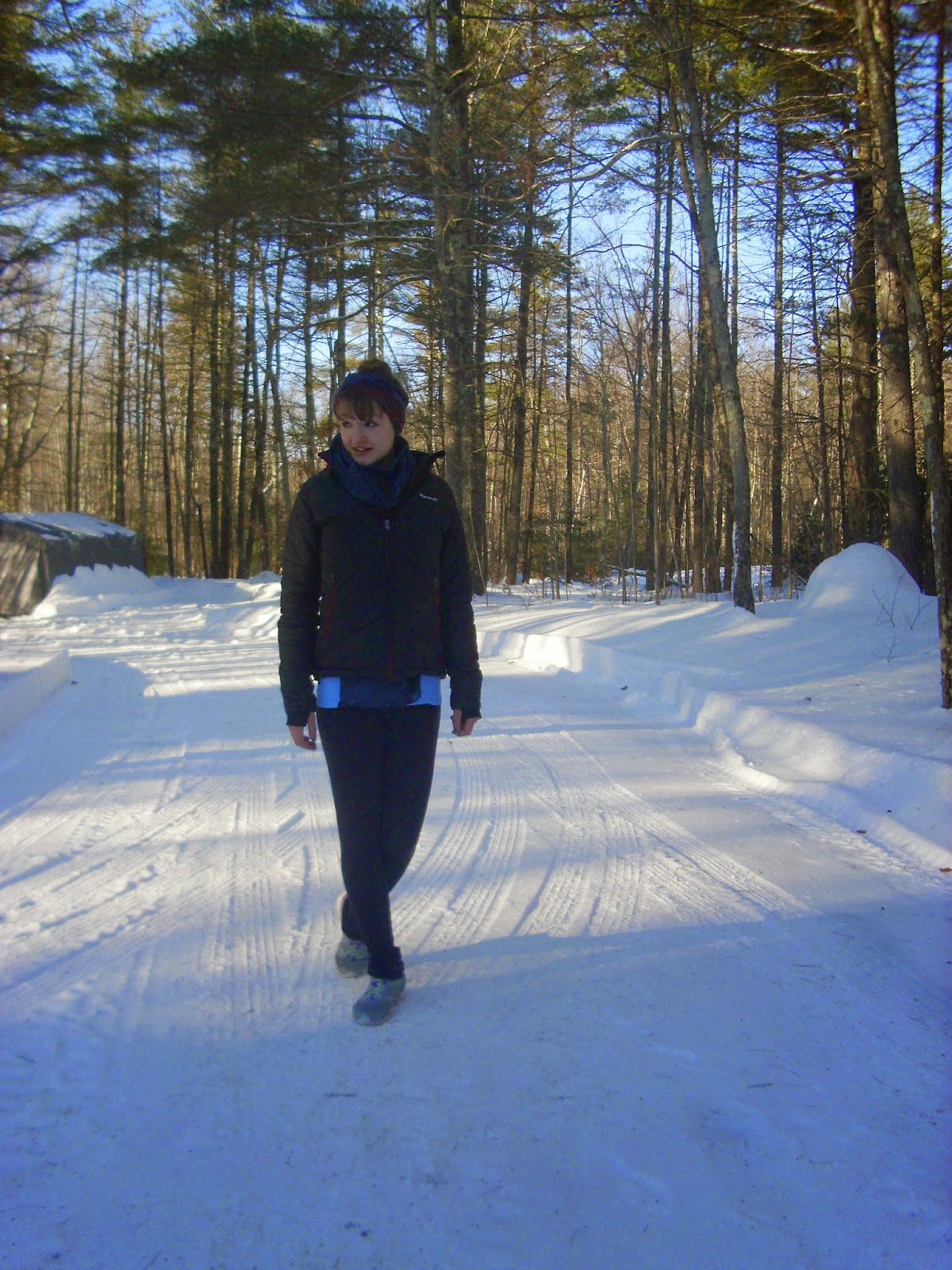 +This Month I told you about my new skates, my thoughts on the 2015 Nationals Ladie's Freeskate, and a snow-day list of stuff to remember.

+Where DID All The Cowboy's Go? by Sarah Is A Writer.This post expressed so much of what I've been thinking lately and felt like a heart-to-heart with a best friend.

+Q and A: On Creativity, True Self, and Finding Inspiration by Enjoying the Small Things. So much good stuff in a well written package.

+Tangible Changes You Can Make by The College Prepster. In the spirit of new beginnings, this is an awesome read discussing habits and attitude shifts to legitimately change your life. I agreed with so much of what Carly had to say, and am super inspired to make little adjustments to my day-to-day.

Hope your January was full of hustle and inspiration, and here's to a February filled with love and joy! Happy weekend! xoxo 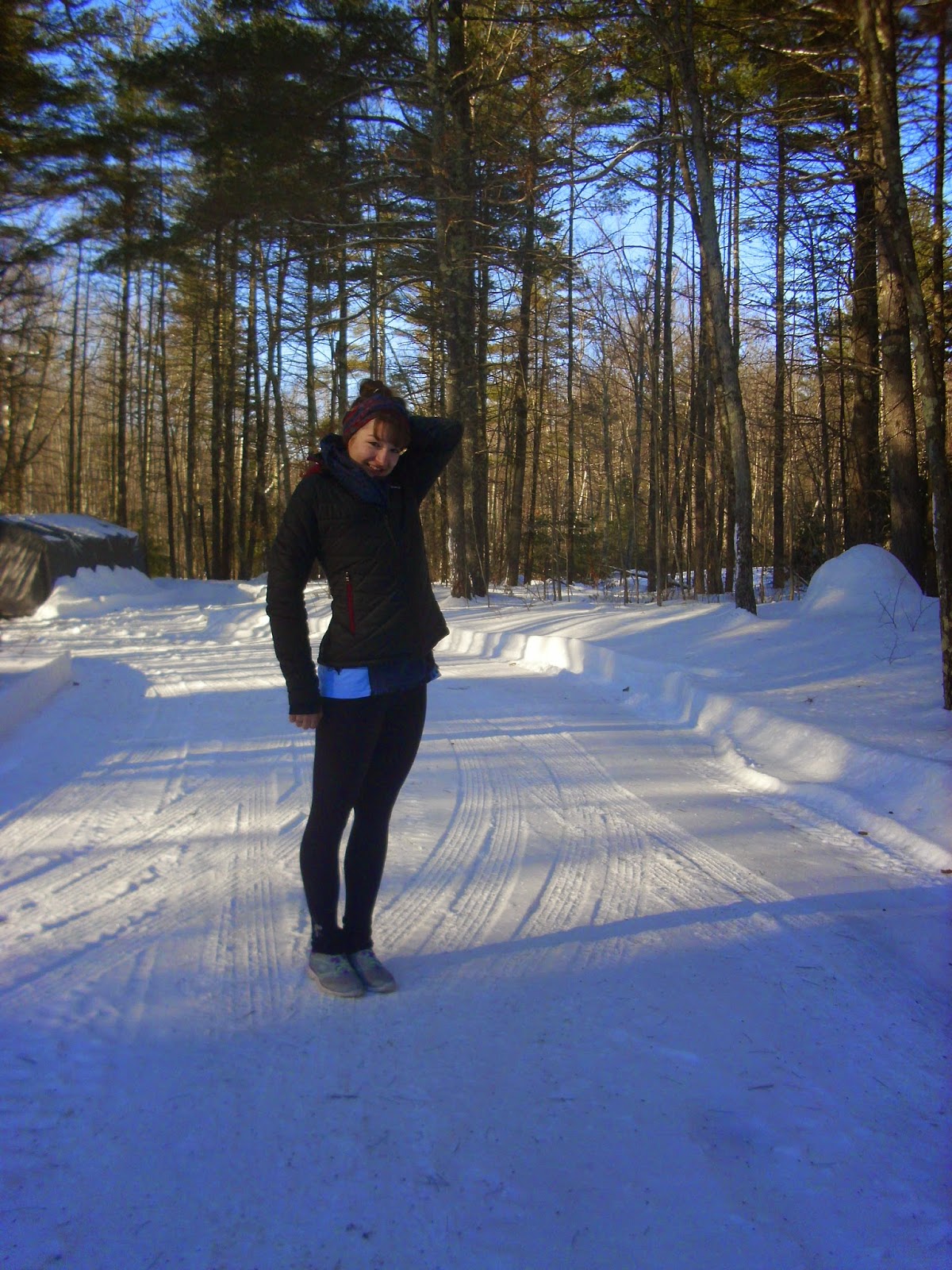 PS-This outfit is completely un-staged and real. While it might seem a bit 'uninspired', it's literally what I wear to the rink everyday. I snapped these pictures 10 minutes before I left for my second practice of the day.

For those curious: underneath is tank top topped with a long-sleeved tee, and I've got full tights on under the leggings. :)
2 comments:

Stuff I Need To Remember To Do 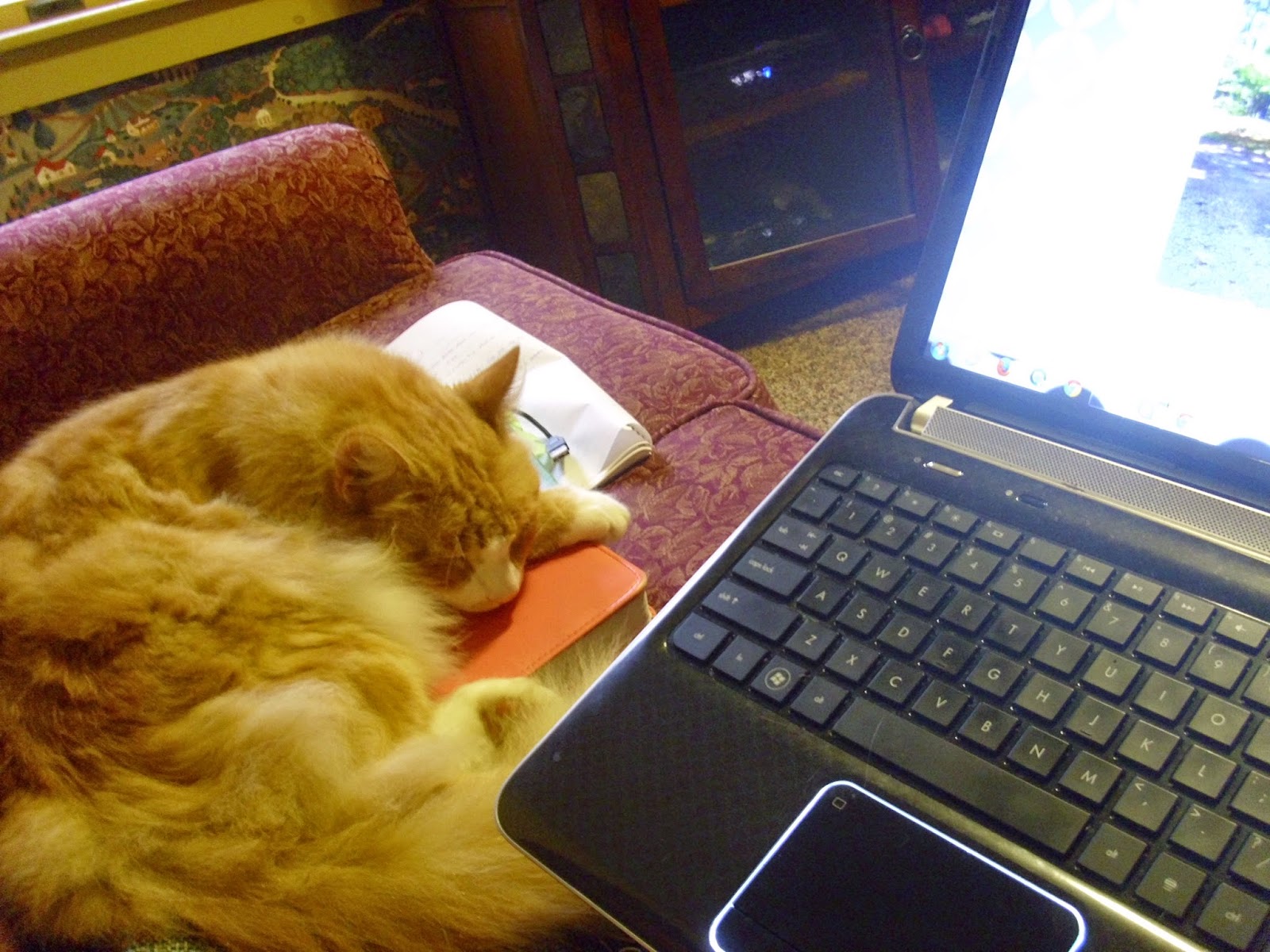 Stuff I need to remember to do:

+Not snooze my alarm.
+Save for a car ($35 a week gets you there eventually...right?).
+Do yoga every day.
+Eat healthy.
+Don't binge on chocolate. Or cookies.
+Push during every single practice, even if your skates hurt.
+Go to bed before midnight.
+Be more patient.
+Check in with friends.
+Make time to write.
+Don't sit in bed while doing homework.
+Pray more often.
+Stop overthinking and trust God more often.
+Stay off pinterest during the day.
+Make plans to hang out with friends. Don't be a hermit.
+Put bandaids on my feet before skating. Ooouuuucccchhh.
+Make time to read!!
+Buy new snow boots. I broke mine. Yes, it IS possible to break boots.
+Blog once a week. 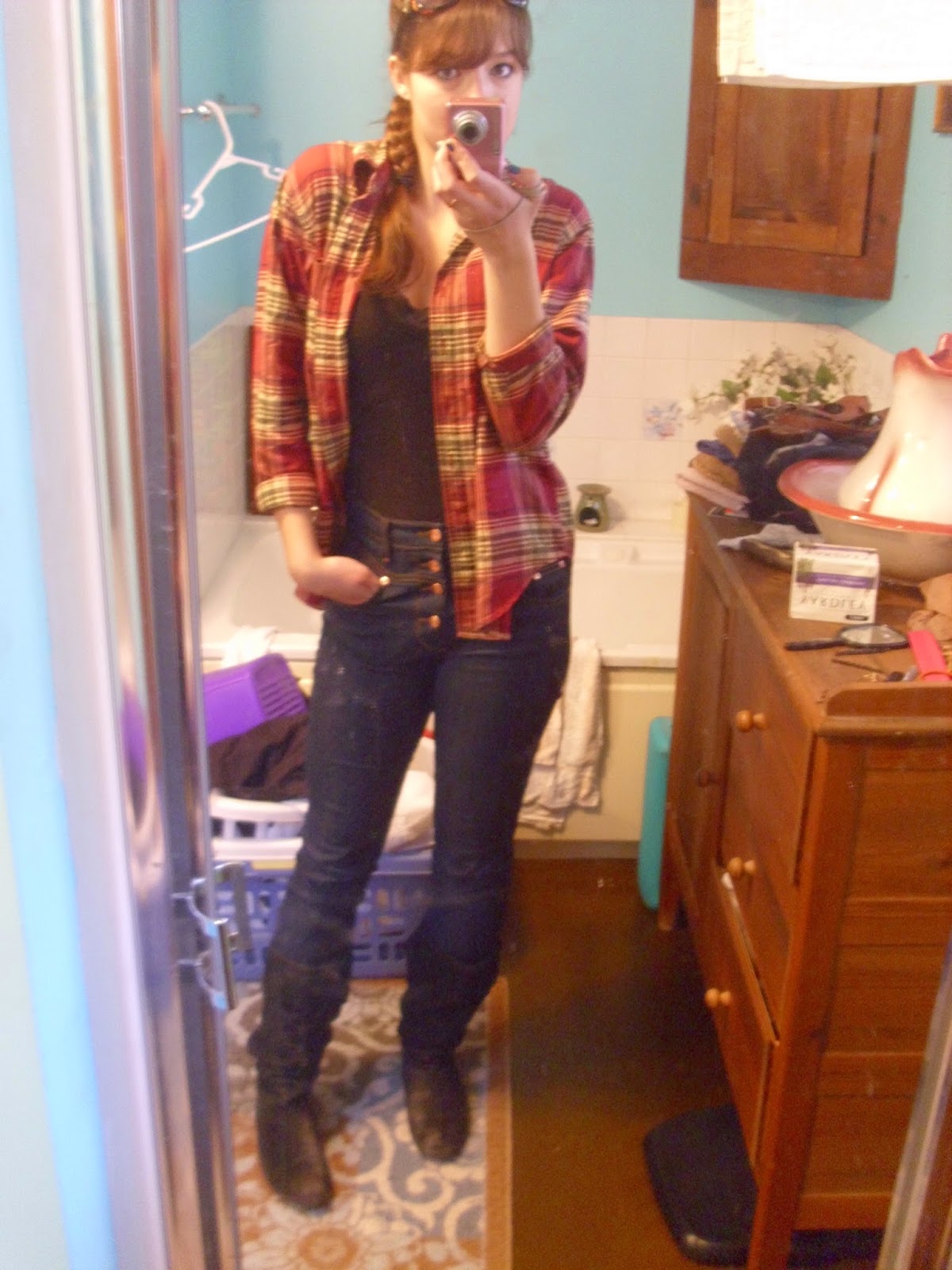 +Sorel-type-ish boots.
+Heeled caramel colored slouch boots.
+These jeans in classic. I bought them in dark wash with Christmas money and LOVE THEM!
+This LBD (possibly for prom).
+Protein bars.
+A new wallet but alas...probably not that one.
+This toy-story-esque poster.
+This P&P poster. 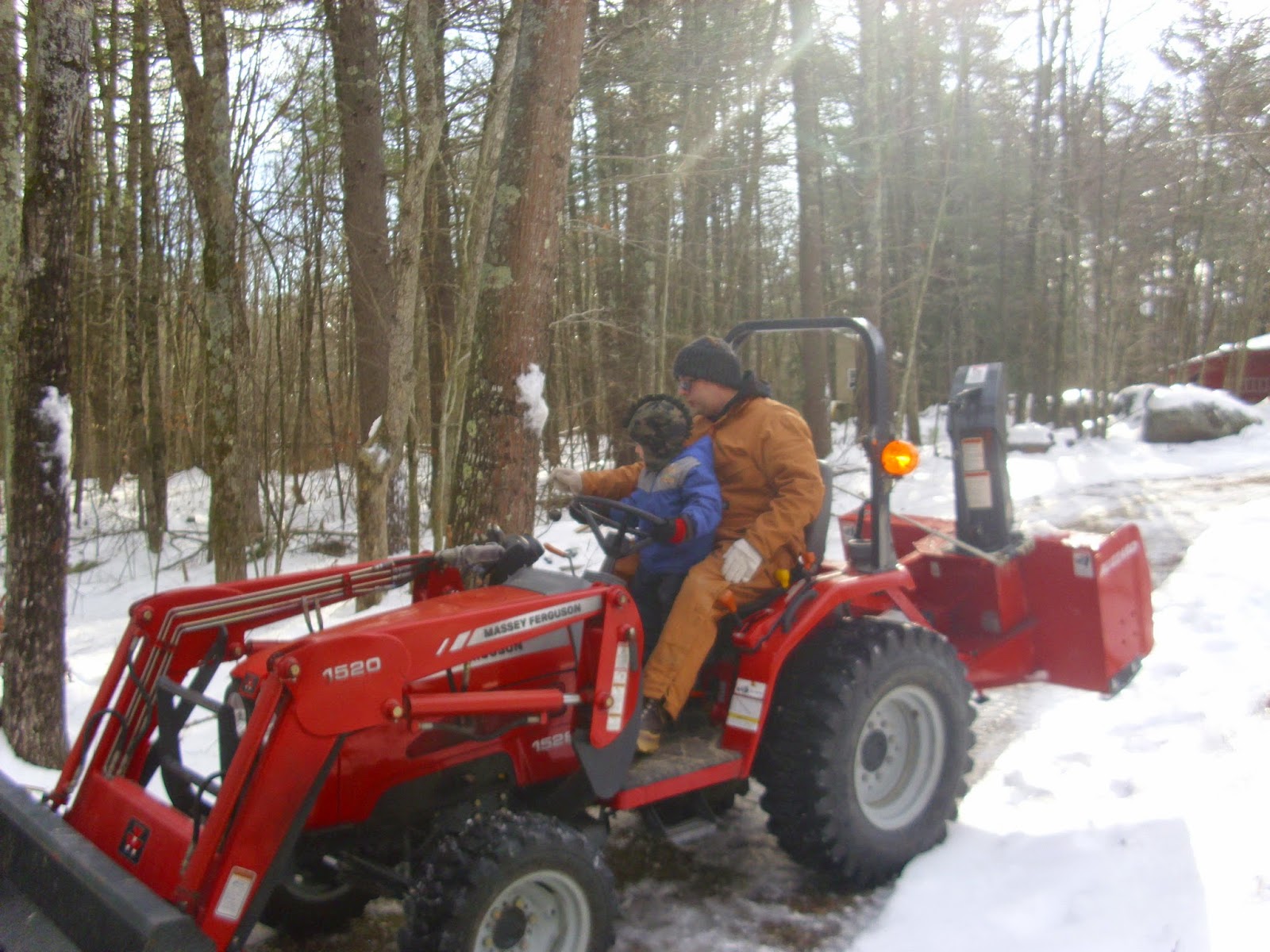 +Galentines Day with Deanna!
+All the epic combos in our TOI freeskate.
+Having my own new routine.
+A summer roadtrip with friends.
+The critiques coming up for our team.
+My last semester of high school! Evah!

Last night after I got home from work, I curled up and watched what was left from the 2015 US Nationals Ladie's Freeskate. In no particular order, here are my random thoughts. You're welcome. 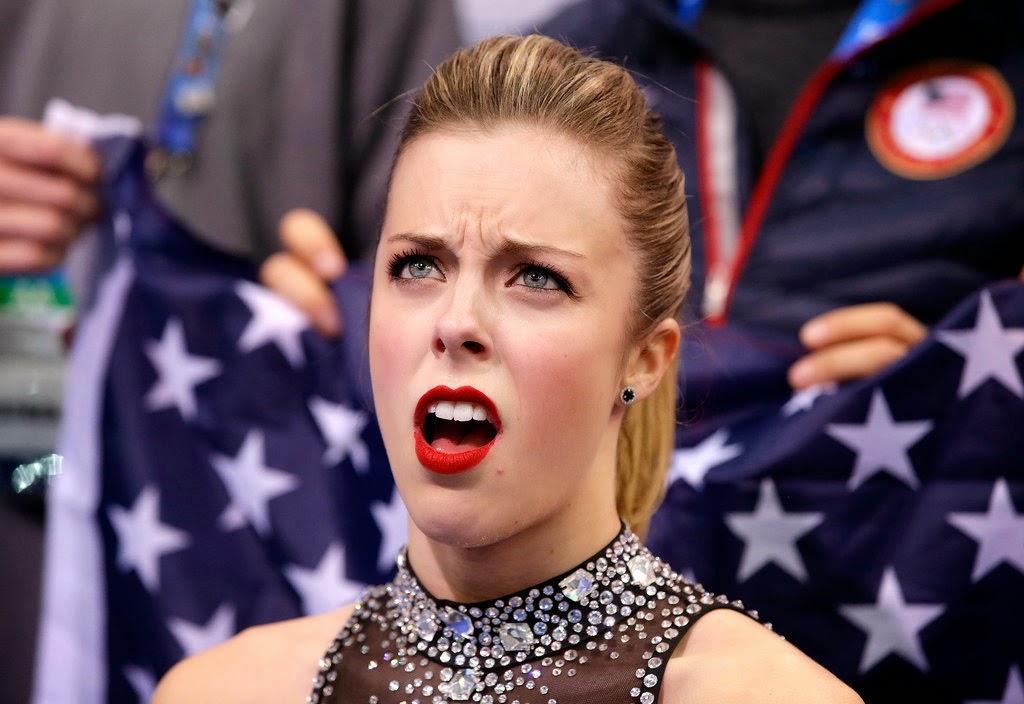 +Mirai Nagasu's routine was heartbreaking. I really feel for her--she obviously puts a lot of pressure on herself, and the stress and emotional drainage of wanting something so bad, but not being able to deliver it, is miserable. However, I really can't stand her skating. She doesn't feel the music, and her choreography seems not only bland but forced. The one high point of her routine, in my opinion, was her spins--she really is an elegant spinner and her positions are traditionally beautiful while still being interesting.

+Ashley Wagner is fierce and kick-butt and totally deserved gold. I love her claws-out style of skating and I really, really loved her freeskate. Not only was every single one of her elements spot on (my word! The triple triple!!), but her choreography and expression was such a good representation of herself. The audience gave her a standing ovation, and after the year she's had, she deserved it.

+Gracie Gold's routine fell entirely flat for me. Her dress was gorgeous, but otherwise I wasn't impressed. First off, she missed a big opportunity with music. This is the first year vocals are allowed, and she went and chose the most obnoxious sorta-vocals she could. She should have stuck with instrumental. Like Ashley, she nailed everything in her program (minus that one minor fall, which she recovered from nicely), but she didn't deliver any personality with it. Yes, Ashley, was a hard act to follow, but Gracie didn't even come close. Still, I will forever love her spiral sequences. I don't know why but I find them gorgeous.

+Karen Chen is frighteningly awesome. Everything she did was perfect. Literally, everything. I was most impressed by her height and ice coverage with her jumps, as well as her spin positions. She did this really cool spin where she was in a pancake position, but with a straight leg, and bending forward. I'd never seen it before! Plus, her high-energy choreography reminded me of how the younger Russian girls have been skating. Maybe Team USA will finally send some tough competition for ladies at Worlds! Karen is on the Junior World team, and I'm excited to see what she does.

+Courtney Hicks. I don't want to be mean, but I couldn't believe how ugly her program was. Not only did she not skate to the music, but she completely fell apart after her fall. Also, the dress had major issues. One of the announcer's made a comment that she really struggles with expression (no duh) and that every year she tries to reinvent herself into a more balletic skater.

Here's my two cents: If you're not a balletic skater, don't try to skate like one!

We as figure skaters are forever reinforcing the awful music-box stereotype! When are we gonna grow up, realize the sport has changed, and stop limiting ourselves as athletes and artists and creatives?

You don't have to be a perfect ice fairy to be a good skater. Skate technically well, but be YOU. Find your style and own it. Be the bollywood one, the fierce one, the peppy one or the quirky one. Skate with joy and love and find a routine that actually makes you feel comfortable. Don't pull a Courtney and look extremely uncomfortable trying to be something you're not.

+Polina Edmonds has some growing up to do. Obviously, after her Olympic debut there were lots of eyes on her this year. A fourth place finish at your 2nd senior championships is AWESOME, don't get me wrong, but it's obvious that Polina is going to have to grow up a little before next year. Her dress and music were not fitting for her senior-lady status, and I honestly felt like her program didn't present the best of her. After last year's amazingly advanced choreography, that was kind of disappointing.

DISCLAIMER: I realize a lot of what I said here could be considered mean, knit-picky, and overly rude. I would just like to say that I have the deepest respect for all the women I've mentioned, and in no way do I want to contribute to the tear-down that's already prevalent enough between figure skaters. However, these were my honest thoughts after/during their programs.

Still, let me say it again--I have the deepest respect for all these women. For everything I didn't like, I find 10 things I did. Skating is the love of my life, and watching all these ladies compete has inspired me so much in my own practices. I feel like every year figure skaters are stretching themselves, both individually with tougher moves, but also as a sport as a whole. I'm really excited for the new wave of freedom and creativity coming out in recent programs. 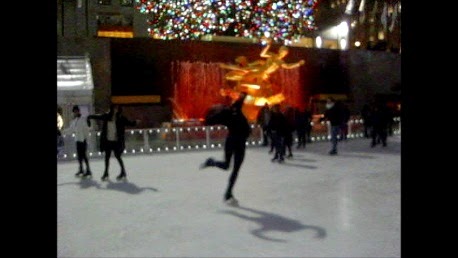 This week, I took a deep breath and *gaaaaaaaasssssspppp* bought new skates.

My old ones were about three years old, and seeing as I'd been eeking them out for a year longer than I should have, it was high time I got some new ones. I ended up sticking with Jackson's, but bought the Supreme's instead of the Elites. They're more expensive, but they (supposedly) break down slower and provide more support. They are so cushy compared to my old ones! It's almost humorous how much bigger the ankles are.

With all that padding, though, comes a super stiff boot. Today was my second day skating in them, and I cannot believe how stiff the tongues of the boots are. I can't bend at all! Breaking these in will definitely be...interesting. I think once I feel comfortable, I'll love them--but the journey to actually getting comfortable is going to be rough.

I spent about a half hour of my practice today in my old skates. Oh my poor babies, I'm gonna miss you. My coach said it best--my old skates practically feel like sneakers at this point. We've been through a lot. In three years, those skates have gotten me through four moves tests, four freeskate tests, and laughs in the locker rooms before shows. I landed my axel in them. Perfected my layback spin in them. Did splits and 135's and shoot-the-ducks and tons of other fun stuff in them. I tried out for TOI Boston in them. I even carried them around New York City for 24 hours just so I could skate at Rockefeller Center in them.

I'm really excited about my new skates. But I'm not gonna lie and say it isn't bittersweet.
1 comment: