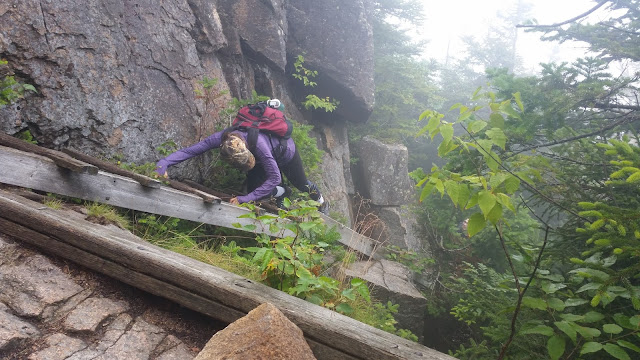 There are always good things to enjoy about the time of year we're currently in, but every couple of years it feels like the Universe comes together and just hits you with a full, perfect season. Growing up, there are definitely summers that I look back on as even better than usual, and I think Summer 2017 is going to become one of those.

I've never been a person to have 'free time'. I tend to the lean to the over-commitment side of the spectrum, and when there's not real work that needs to be done, I love to make up arbitrary tasks so my to-do list stays full. It's a control thing, and not something I'm proud of. Too much freedom tends to give me anxiety; or, at least, put me in a bad mood. But, over the past year or so, I've also come to realize how much the opposite of that does, too. When I'm over-scheduled, I become a lot more pessimistic, and don't end up putting out my best stuff, anyways.

Figuring out this balance is currently a work in progress, and probably something I'll never have down to a science. But this summer, a couple of key things lined up that allowed me to spend a lot more of my time on adventures than I have in the past. The conclusion? Make adventure and relaxing and fun much more of a habit. Here are some favorite things from the summer: 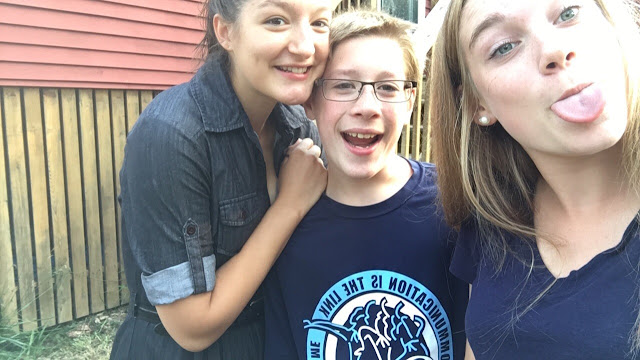 Lots of family time // I'm really lucky, because almost all our family live locally. This summer, my entire extended family met up for ice cream, my cousin and I went shopping, we surprised each other at work, watched fireworks together, and ate lots of good food. I spent an entire evening playing with my little cousins at the local lake before my brother's graduation party, and spent quality time with my mom and grandmother over lunch.

Summer Reading // Ever since high-school I've struggled to read as much as I wanted to, but I think I've fixed that this year! What with my weird work schedule, I spent a lot of time reading early in the morning, between jobs, and at the rink between sessions. I also built a lot more reading time into evenings, and spent whole weekend afternoons just curled up for hours. It's literally been years since I've done that, and it felt so damn good.

Quality friend dates // I started the summer with a mission to spend much better quality time with my friends, and overall, I think I accomplished that! A few highlights: coffee dates with Johanna, beach walks with Katarina, Boston exploring and Shakespeare on The Common with Kat, weekday Panera dinners with Rebecca, Sunday lunch at IHOP with church family, plus many more phone calls, potlucks, and hikes. 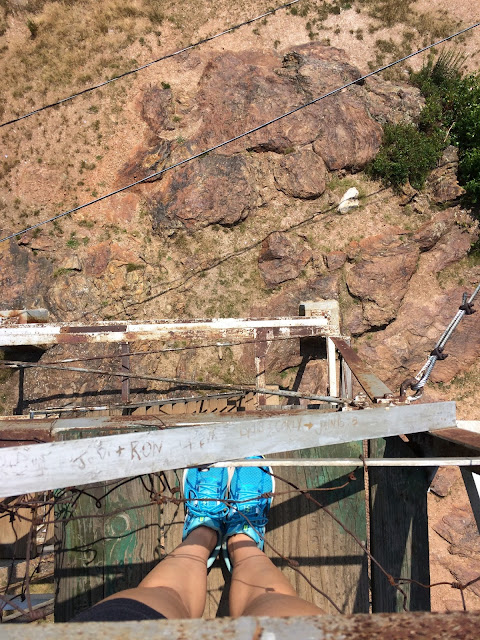 Hiking // This summer I re-discovered how much I love hiking. My mom and I did Mount Major in early July, and then we started working our way through the 4000 footers. We did Mount Tecumseh in the rain, which was hard but oh so fun, and then I did Mount Canon with some church friends. I loved that one; there was literally a section with sheer rock and a wooden ladder you had to scramble up (parkour!). I also did a few quick solo runs up Mount Blue Job, which I loved whenever I needed a quick re-set.

Beach Days // Traditionally, I am not a huge beach person, but this summer I loved it. I spent a weekend with my cousins in Bath Maine which was so long in coming. I ran on the beach in the morning and then spent the rest lounging, reading, and getting ice cream. The best! We also took our summer school kids on a beach field trip, which was probably the most fun day I had at work all summer. 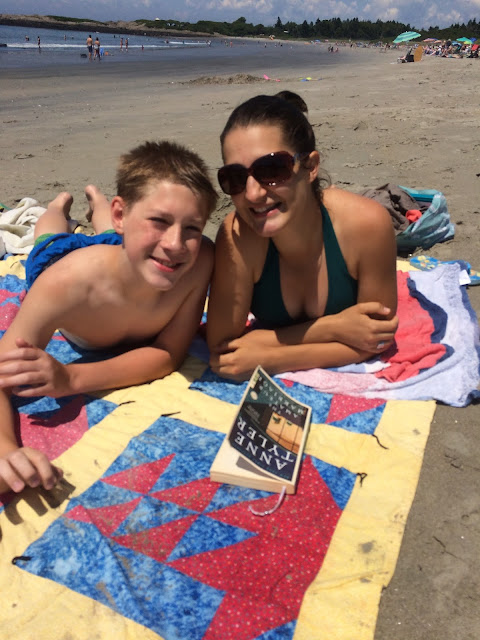 Seeing some shows // In August I saw Romeo and Juliet when it was live in the Boston Common. It blew my mind how fun it was to watch theater outside, and definitely reminded me how important it is to support the arts. I also got to see my favorite singer, Cam, when she was live at Eastern States Exposition! To me, she is the perfect mix of country and folk, and was so genuine and adorably retro in person.

Skating breakthroughs // This August, I finally passed Intermediate Freestyle! This summer, a lot of the changes I've made to how I'm training really started to show and pay off, but most of all, I'm proud of the headspace I put myself in. When I was at the rink, I was fully present and working hard for everything. I pushed myself to do more run-thoughs, more spins, more jumps in pattern, and the result was a really strong test day. I've had my fair share of mental barriers in skating, and this summer I made significant progress towards beating them down.

Given that I work at a school, my summer work schedule was a huge change. I ended up working at summer school three mornings a week, and then coaching and picking up shifts at my old retail job to fill in the gaps. While at first I was a little upset to not have a more interesting summer job, the schedule ended up being a blessing. With work not immediately taking so many hours out of my week, TOI being on break, and having just left a relationship, I entered the summer just wanting to do a lot of exploring and take some time to reset. Now that skating's mid-season and I've got my full schedule at both jobs, I want to keep that spirit of adventure alive by going to different skating events, going to shows, and making a point to set more dates with friends. The holidays are right around the corner and I'm excited to pack in just as much friend and family time as I did this summer!

I Was Wrong And I Never Should Have Left 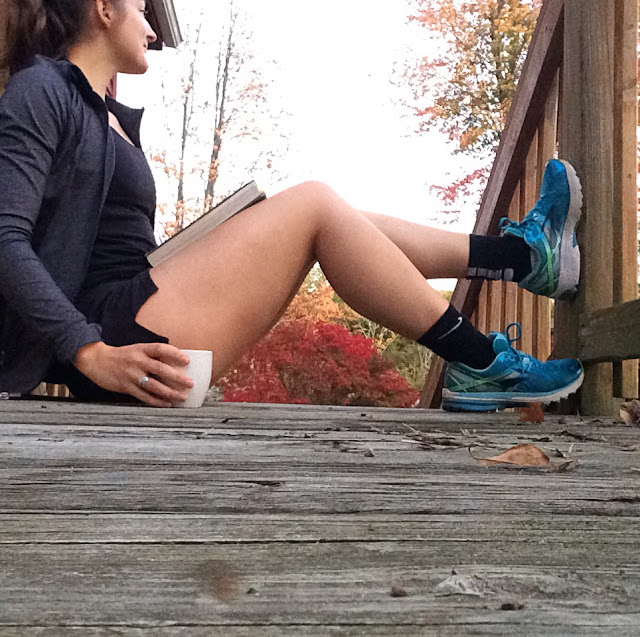 It was a silly decision to decide to quit the blog. It just was.

After posting here that I quit, I tried to start the email newsletter I'd promised. The first one was fun to write, because it was about 2017 TOI Nationals and a re-cap of our season, but after that I just kept coming up dry. There was so much going on, and I had so many thoughts, but when I sat down to write, nothing would come out in a relevant way.

As I kept poking at it, I realized that I hated that no one would be able to scroll through old newsletters in an organized way. The best part of blogging, at least circa 2011 when blogging was still so personal and authentic, was discovering someone new and just getting lost in their archives. When I found Casey's Elegant Musings (now Casey Maura!) I spent an entire snowed-in Sunday afternoon reading every single outfit post she'd ever written, and then proceeded to dig all the way back to her first post of all time and attempt to read it in chronological order. A few years later, when I started following Carly from The College Prepster (she was still in college when I first found her!) she became my morning coffee. I would wake up and immediately read what she'd written, and then, as I finished up my second cup, get lost clicking through her related posts. Even now, whenever I start to feel a creative rut coming on, I pour through Elise Joy's 'creativity', 'motivation', and lately, 'knitting' tags.

So many people who never got into blogging like to smash it in with the rest of the social media train wreck, but those of us who've found our own spaces here know it's just not the same. Each of the three women I talked about above really shaped and represented a phase of my growing up. As I worked through new things and discovered more of who I was, I sought out their voices because they represented what I was striving to be. Casey showed me how to be myself, even the contradicting parts of myself, when I was an awkward 13 year-old that related every real-life situation to an I Love Lucy episode and perpetually felt out of place. I turned to Carly when I was wrapping up high school, and she let met indulge my to-do lists, random ideas, and overbearing, Type A tendencies. And then, just when I was positive Blogland had turned into a lifeless dessert, Elise sparked the creative juices, self-reflection, and fierce independence that full-time retail had started to beat out of me.

Once I officially was done with the blog, I really started to miss it. The months before, I had started to feel out of place here. Like I'd outgrown it and somehow lost my voice along the way. But without this platform, I realized I'd gotten rid of my voice all together. I tried journaling, but without the structure, and the editing, and the desire to make some sort of point, I found myself doing a lot more complaining and worrying than real, productive, restorative writing. At some point, I actually started a brand new blog. But the new space didn't fix my problems. I didn't want to abandon all the story I'd already written.

So, a couple of weeks ago I decided to come back. I've changed the design (it's super ugly right now and will definitely change again), and wrote a new about page. At work, I wrote out a list of post ideas. I decided I really had outgrown 'young yankee lady'; so I changed the URL. I wish I'd realized in June that what I needed was a face-lift, not a whole new space.

I am excited to be back, as I've really missed sharing snippets of my life and pulling together a mass of work that, if no one else, I enjoy reading through. I think we have to keep writing, and writing well. The romantic part of me believes that blogging is our last intelligent, personal narrative. If we don't write letters, or journal, what are people going to publish in 100 years? Anthologies of Instagram posts? *shudders*

And if nothing else, it's exciting to have somewhere to ramble incessantly like this (and let's be real: a place to use words like incessantly. That doesn't happen often).

Thanks for reading, guys! It feels good to be back!