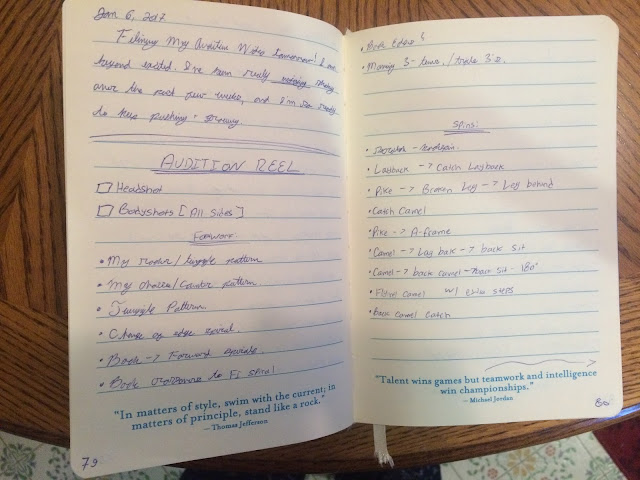 Over the years, I've talked a lot about my ultimate, dream goal: to work for a professional skating company, like Disney on Ice or Willy Bietak. That dream has gone through many stages. There was the the shiny-eyed stage at 13, when getting in seemed so attainable for my future adult self. This was followed by the complete inadequacy stage of about 18, when graduation was just around the corner and I felt like I'd fooled myself into believing show skating was an option. This led into the desperation stage of 19, where I tried to put myself out there (and took some huge steps!) but was so nervous that I couldn't count on myself to really perform well.

But now, I think I've entered the courage stage. I'm 20 years-old, and feel very at peace with my skating. I will always want to be better, and strive to be better, but I'm not letting that want distract me from all the things I can currently do. I'm being more professional with how I approach getting a show job, but I've also switched my mindset so that now, I'm doing it for me. Even if nothing ever comes from it, I love skating. I like this process. It's a challenging way for me to put myself out there, and I grow so much with each step. I really like this stage, guys.

After literally years of video attempts, I finally contacted a professional to actually do it. We met on Saturday during one of the club sessions, and got all the filming done! I used Tap House Media, an awesome local company. We actually know the founders through their parents, and Heidi was so wonderful. I thought I might be nervous, or self-conscious, but the whole morning was so comfortable and fun. 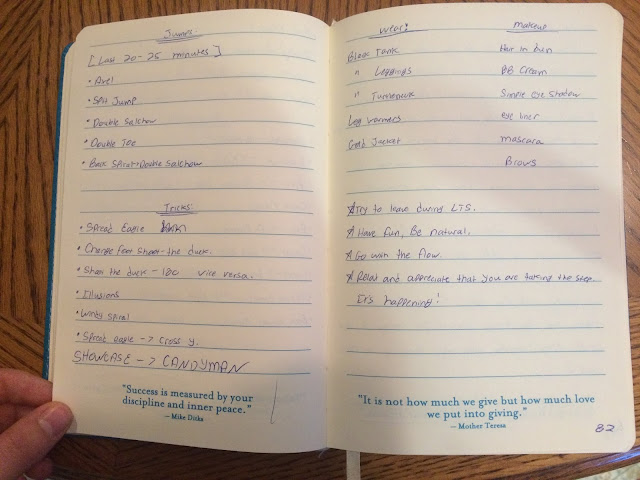 The night before I made a list of everything I wanted to remember to do, and I think we got it all in there.  I came up with some footwork sequences to show off different things, and spent a lot of time spinning and doing show tricks like spread eagles and illusions. My jumping has been a little weird lately, so I saved that until the end, with the plan to send her some of my own jumping videos if I couldn't do any good ones while she was there. But not to worry! I landed axels and double salchows! I'm slowly but surely pulling myself out of this rut. My jumps are definitely my weakest area when it comes to qualifications, so I wish I could showcase more doubles, entrance variations, and combos to show. At some point this year, I'd like to make an updated jumping reel so I have more to send out, but with the season I've had for jumping, I'm actually really happy with what got filmed.

At the very end, I ran through my showcase program. Late summer, I worked with Kate McSwain to choreograph it and I am so in love with it. The music is a Boogie Woogie Bugel Boy/Candyman medley, and it's very retro and rockabilly. I still need to work on consistently landing my jumps in it, but I'm so excited to take it to a showcase competition. I do love the faces and acting that's in this program, so I really wanted snippets of it in the video.

It felt so good to finally take this step! When the video's ready, I'll definitely be sharing it here. Action is the best way to cure feelings of inadequacy. 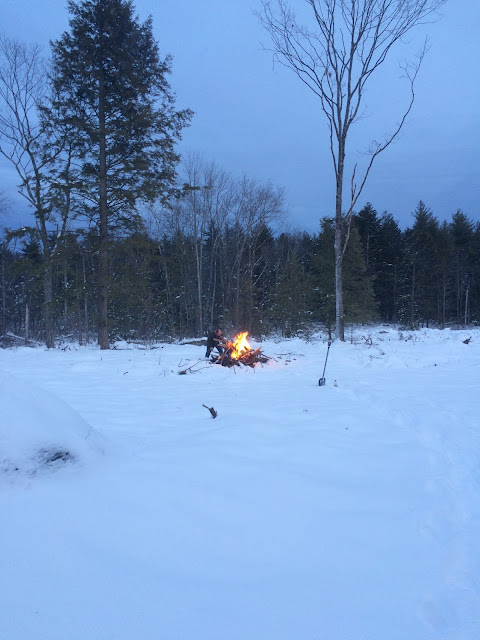 2016 was a pretty good year. I just re-read the post I published this time last year. I hadn't even remembered half of the intentions and goals I set, much my less my 'word of the year'. Yet looking back, I found that my intention started to manifest itself without me even thinking about it.

While the particular word 'stubborn' didn't stick with me long, I did keep coming back to the overall intention. When something would start to go badly at work and I would get queasy and scared, my mantra was, "You're tough. Be tough". Sometimes when I was nervous, I'd imagine physically digging in my heels and refusing to move. Those visuals and mantras gave me the oomph I needed to get over a few hurdles this year.

In a less positive way, though, I did find myself doing a lot of muscle-ing this year. One of my coaches actually cited this as why I wasn't jumping as well as I could have been: I was trying too hard, and ended up just forcing it. If I calmed down and allowed my jumps to flow, they'd be easier. I need to beat this habit on-ice, but the funny thing is I've noticed myself doing the same thing off-ice, too. When I get worried, I tend to start pushing too hard and forcing things, instead of recognizing that sometimes, I need to just let it go, and see what happens. I learned a lot about this balance of stubbornness in 2016, but I've still got a long ways to go.

I've thought a lot about my goals for 2017 over the past month or two. Rather than looking at the whole year, I'm setting goals by the quarter. At this point in my life, I feel like things tend to stay the same forever and then change all at once. I cannot imagine a single plan that would realistically work out for the whole year. But a 3-month period? I can plan 3-months of intentional, challenging, growth inducing goals.

Now I know that probably seemed a little intense, but I actually feel like I've built a lot of flexibility into it. Planning only 3 months at a time allows me to be so much more aware of what will actually be useful, and I'm hoping that leads to a lot of strides forwards this year. 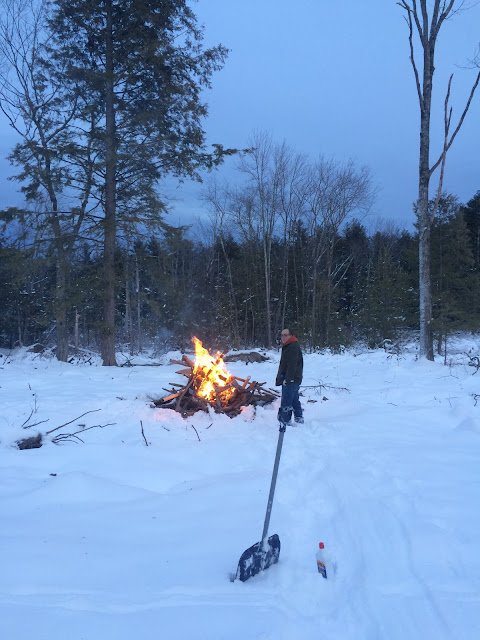 So what, I'm sure you're dying to know, is the plan for quarter one?

I'm not sure what I'm going to do for January yet, but in February TOI Boston will be hosting a Sk8 to Elimin8 Caner exhibition that I'd like to solo in, and in March I'll probably skate in either a local show or a Showcase competition.

I'm horrible with reading lists, but right now I'm looking forward to listening to Call the Midwife by Jennifer Worth on audio, and then finishing The Happiness Project by Gretchen Rubin, finally finishing my re-read of The Two Towers by J.R.R. Tolkien, and starting Talking As Fast As I Can by Lauren Graham (I'm also really looking forward to finishing Gilmore Girls in general. I'm finally in Season 6 and loving it, although I'm already dreading Season 7 because from what I can tell while staying spoiler free, everyone's dissapointed by it. BUT I've heard A Year In The Life is awesome, so I'm still psyched).

For January, I'd like to focus on rhythm. I want to add more flow and stride-catching to my day, so I can spend less time worrying about stuff that doesn't ultimately matter. I want to try making my bed every day, sticking to the same morning routine, figuring out what I'm wearing for work at the start of the week, and packing my bags the night before.

February is going to be a crazy month with tons of practices and therefore tons of commuter time, so I'm thinking of restore. I'd like to focus on getting enough sleep, eating really well, and working out in a way that boosts my energy.

I don't have many ideas for March, but with it being (potentially) a slightly slower month than January and February, I'm thinking I might focus on create. I've been wanting to challenge myself more when it comes to creative projects (I tend to always do the same creative things), so maybe I would try to start and finish a project in March. 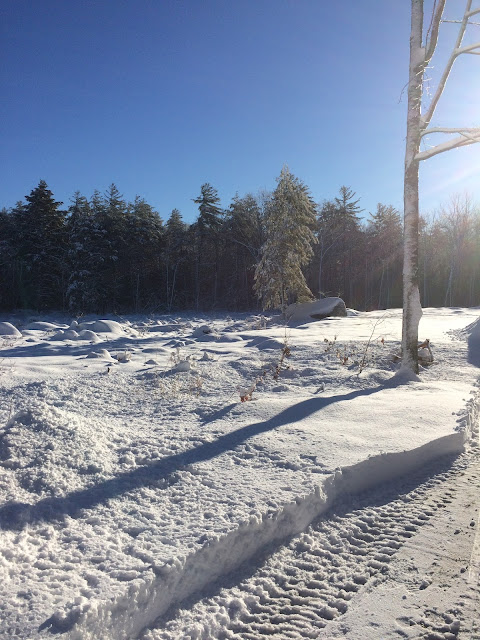 Yes, I know. I always unleash my most psychotic, sticky-note loving self on January 1st. Yet while I know my 'quarterly system' and 'monthly focus' can come across as a little heavy, I actually feel really light and content about it. Planning for just three months, taking things as they come, and focusing on wellness and wholeness, just feels so achievable. I don't need to worry about next fall. Or summer. Or honestly, even May. I am not there yet. Instead, I am doing my absolute best work now.