(Yes, I'm attempting to bring the monthlies back, but with a slightly different format. Rather than strictly on the last day of each month, I'm attempting for a mid-month inspiration filled recap. Also, it will be looser, and not so structured. Don't forget out to try my 'five things to try' list at the end of the post, too, for some things we can try together until the next installment. Drop a line in the comments if you have a good idea!)

Not gonna lie, October's easily my favorite time of year. There's been more than one occasion, while out driving with the cold air and a scarf, that I've simply looked around in awe at all the leaves. There's one stretch of road on the way to the rink that is literally, entirely red. It's amazing. Of course, it's also been raining a lot the past week or so, so most of the leaves are gone and it's starting to look (and feel!) a lot more like November! 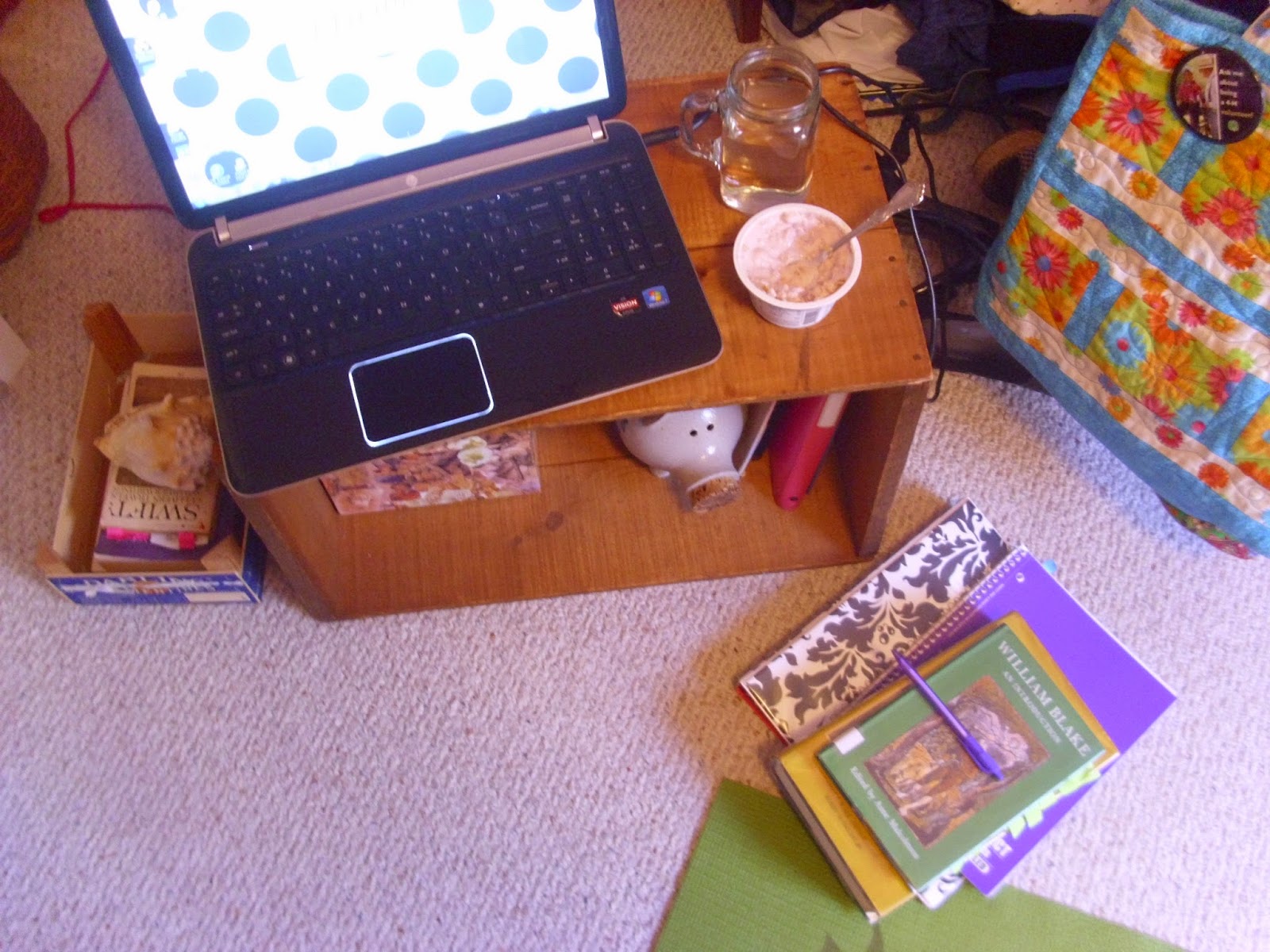 Skating's been great! Aside from the setback earlier this week with Novice MIF, things have been good. I skated two hours this morning and spent an hour with my coach, so we discussed the test and regrouped. Basically, I need to be more precise with everything, so this next week I'm really going to go at it and focus on the details. Tonight we're also going down for a whole 2-hour on-ice TOI practice, which I'm excited about because we're going to be working on CE choreography. Oh, and by the way, I am so in love with this whole idea of skating, like, multiple times a day. I feel so professional and dedicated. How did I not discover this sooner?!

I've also gotten more into yoga this month. I found the blog Yoga by Candace, and it's been great for learning new sequences. I've been doing her half hour videos a couple times a week, and my absolute favorite is this Heart Opening Feel Good Yoga flow. I'm also newly obsessed with the Wild Thing pose, and I may or may not do it in the kitchen when my parents are attempting to talk to me and I can't stop moving. Yes, I'm a wonderful daughter.

I also discovered Chobani this month; yes, the greek yogurt that's been popular for years. I'm really late to this party, but let me say, it's DIVINE. Most of the time we just buy the cheaper tubs of Vanilla Greek yogurt, which are lovely, and I mix it with berries and granola. But those little 89 cents containcers? Love them. So far I've only tried Black Cherry, but I want to try Pumpkin before they stop selling it, and someone going through my line at the grocery store I work at bought Grapefruit, and now I'm really curious about it. 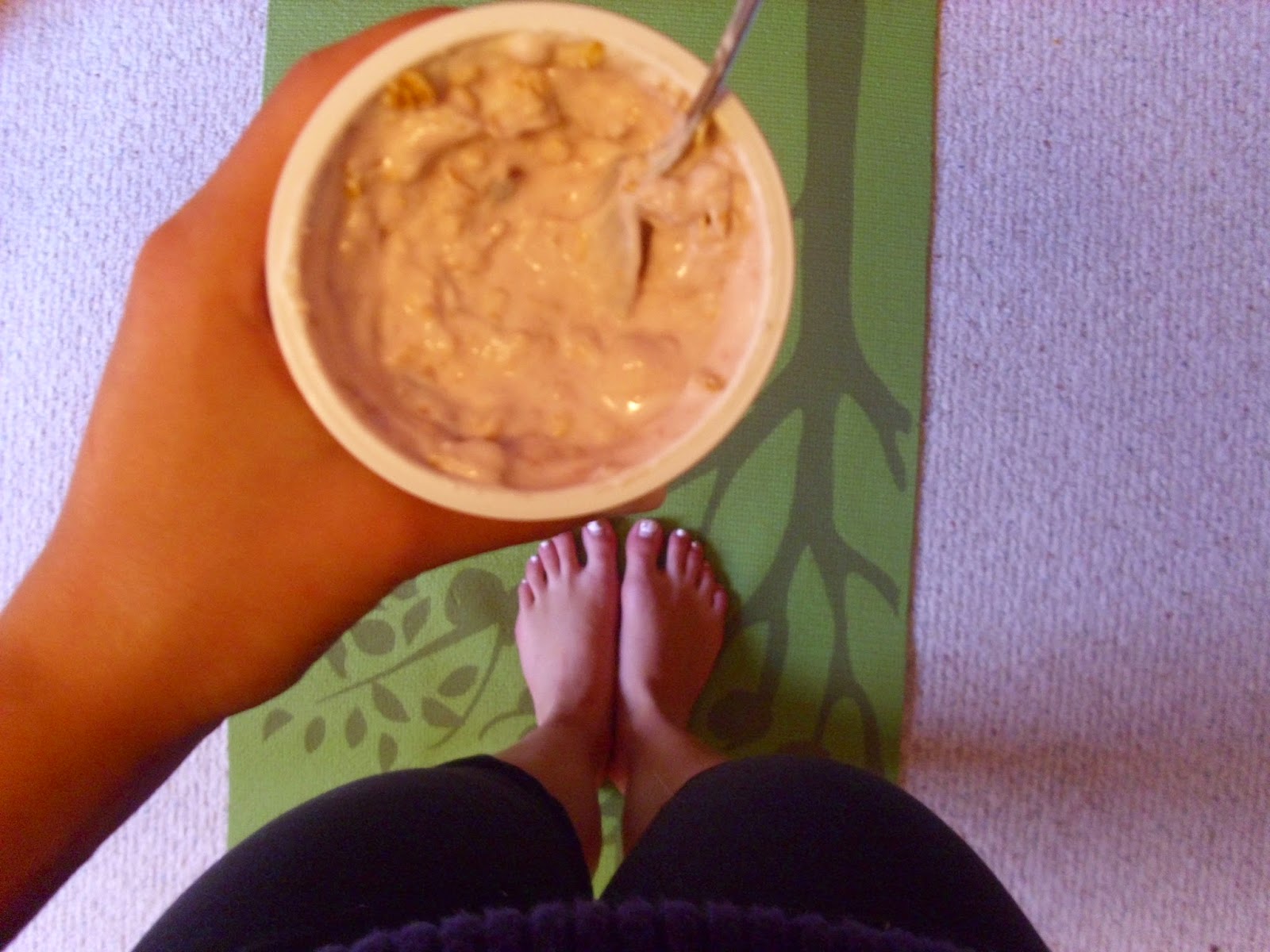 Lest you think I've been extremely healthy this month, what with the yoga and greek yogurt and all, don't be fooled. Mum bought me a package of those pumpkin shaped Reese's PB cups, and they are so much BETTER than the regular ones. For one, they're larger and have more peanut butter inside, and I don't really have a second reason but they're better. I'm probably working the day after Halloween so I'm just waiting for all the candy to go on sale, and then I'm coming home with a pack of those and probably the Halloween-themed M&M's.

I've also had extreme cravings for Pumpkin Chocolate Chip cookies, and I think that's going to have to happen tomorrow....

Other than eating and skating and working, I also went to a play this month, went to a Halloween party (where I was Rose the Riveter, duh, why are you even asking?), and planned a teen dance for area Homeschoolers that went SMASHINGLY. And wore my my new favorite scarf on repeat, but obviously, I'm the queen of repeat outfits. I need to do a whole post about this scarf, guys. Hold me accountable.

2+ Fun socks (my brother has socks with pictures of breakfast foods on them, and I'm completely jealous. All my fun socks are either Christmasy or dying).

3+ Black nails. Because it's classier looking than it sounds.

4+ All-purple workout clothes. I need to buy some lilac leggings.

5+ Just being kind, honest, open, and heart-felt with people. 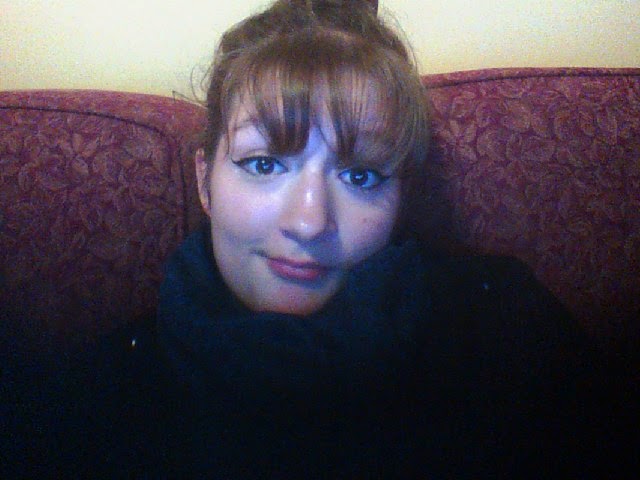 Not really sure how to write this.

I tried my Novice Moves in the Field test today. Didn't pass, unfortunately. Only one judge gave me a pass, so not the 2-out-of-3 needed.

I'm disappointed, but pleased to say I've not been a crying mess all day. This is actually the first test I've ever failed, and you're bound to fail at least one. I'm not going to share my exact scores, but suffice it to say they were awfully close, and I made no big mistakes. So now, it's just a matter of polishing and perfecting and waiting 28 days until I'm eligible to try again.

Actually, none of the girls testing Novice today passed. Novice is the line between rec-skaters and serious skaters--everyone who passes Novice sticks with it until they pass Junior and Senior, and those that don't pass Novice....well...they don't keep really keep skating. So, the judges get really nit-picky about this test. USFSA has a statistic that says 78% of skaters don't pass Novice on the first try.

Still, I'm (obviously) glad I tried it. That's been my favorite thing about skating so far this season.--I've been doing more and putting myself out there more. It's great to meet other skaters. And skate at other rinks. And feel nerves & butterflies. All the newness has helped me to focus, and who doesn't need more focus?

Anyways, so that's that for today. My mum bought me an egg sandwhich and a pound (not kidding. It literally weighs a pound!!!!) brownie on the way home. I'm taking tomorrow and Friday off, and then getting back into the groove on Saturday.

And there are things I keep wanting to tell them. Like, sit down creepily close and say in a conspiratorial voice tell them.

In some of them, I see bits of old me. The timid, awkward, too tall and skinny me that wasn't very good at skating and knew it. The me that wanted nothing more but to be good, yet always felt a little stupid.

Old me is really craving this conversation. So, for the bits of her in everyone, here's what I'd say:

I'd say that skating's tough on everybody, and the girl that makes everything look flawless, is the one that's struggle the most. I'd say that falling's the only way to get better, and if you aren't falling every practice, then you're not challenging yourself enough.

I'd say that skating's not just physically tough, but mentally and emotionally tough. I'd tell them that it's a constant inner battle. You've got to show up, and skate your hardest, even when you don't want to. You've got to practice your least favorite things. You've got to suck it up and not be afraid to look like an idiot (and I know that's really, really hard when you're a gangly 13 year-old). You have to conquer your mind before you conquer your body.

I'd say that the only thing pretty about figure skating is the finished product. Everyone's either bled on the ice, or thrown up on the ice, or both. Everyone's stepped on the ice with guards on. You'll never find a weirder smell than sweaty feet + bunga pad + skate boot. And you know when you're spinning super, super fast? Snot flies out of your nose.

I'd tell them to think about skating, and decide where they want to go. Do you want to be  a rec skater, or a figure skater? And if they picked figure skater, I'd tell them to stop treating it like a sport, and instead make it a lifestyle. We don't have a 'season', we skate all year. We don't 'exercise', we train. You're going to say no to hundreds of sleepovers and birthday parties. You're going to say goodbye to sleepy Saturdays for the rest of your life. You'll be nothing but aching legs, and in the winter, it will feel like you're never out of the cold. You'll never get a break, because then you run the risk of loosing everything you've worked hard for, and you can't risk that.

I'd ask them to take a moment, and decide if it's worth it. And if they said yes, I'd hug them on the spot.

Then I'd tell them that they can't eat a doughnut for breakfast every morning. But a hot chocolate on Saturdays after junior coaching for two hours? Go for it.

I'd tell them to start stretching now, because if you're anything like me, it will be years until you could be considered 'flexible'.

I'd say that skating's really expensive, and it only gets worse. I'd say that sometimes, you'll be paying for ice time with quarters from the change jar. You'll wear the same pair of skating leggings for a year longer than you should, because you'd prefer that money to go to your coach, than to your pants.

Then I'd pause for breath (or emphasis. Whichever) and say that you're going to be emotional. You'll have knots in your stomach. You'll have self-doubt, and nothing, nothing, will make you more insecure than the question of whether or not you're 'good enough'. The truth? We're never, ever good enough. We'll always fall. And fail. And skid. And rush our programs. And not remember to keep our head up.

But. I want to see you cry.

No, really. Because no one ever cried about something that didn't matter to them. There will be days where you'll break down and sob in your car, at the kitchen table, or on the phone with your mom. You feel like you've wasted everything, and why do you keep throwing so much at skating when you never get better? You'll ask what the point is. And you'll point out all your shortcomings.

But here's the thing: if you cry about skating, then you've got the gumption to really make something beautiful with it.

Most people won't get it. Your goals will be greeted with a pat on the head and an "Isn't that cute!". But you've got to throw your head back, and believe in yourself, because no one else is going to. You can't wait for people to say "Good idea!", you've just got to go for it. You'll never accomplish a thing if you start doubting yourself. Tell your subconscious to shut up. You're not crazy. You have a chance.

Get up early, write down your goals, eat right, off ice train, and hit the ice with a positive attitude. But most of all, remember to always skate with love. Even on the bad days. And the cold days. And the achy days. Let skating seep into your bones. I truly believe you've got to be it to see it, so don't hold any ounce of your being back.

Remember that goals don't have deadlines. Or, at least, not hard and fast ones. Remember that your goals are not someone else's, so stop the hate, and support each other. And remember that you're not going to be the best. You have no control over that. Instead, focusing on being the most dedicated, the kindest, and the most positive. The one that always gets up, is honest with her coach. and skates with bold authenticity.

So there. If you still want to do this skating thing, you're a very special person.

Take a moment to think about all the things you're good at. And all your potential. And, even if for only a brief second, believe you could reach every single goal you set. And then, go work towards astonishing yourself.