Quoting from a personal journal entry on December 31, 2014:

^I have no idea what it will bring.

I could move.
Get a 'real' job.
Get multiple jobs.
Travel.
Have a boyfriend.
Get a car.
Roadtrip.
Kiss lots of people.
Make more friends.
Get in trouble.

All I do know, is I'm excited. Really excited. I want to be BOLD.
AUTHENTIC.
I want to overcome.
Overcome obstacles, and negativity, and triumph in a day of contentment.
But I also want to be overcome by emotion.

I want to be hurt--well, not really. But at least if you're hurt, it's cuz you loved someone enough to open your heart.

I want to laugh with the best people in the world to me.

I want to cry with joy.

I want to care enough about something to be sick-to-my-stomach nervous.

I want to be in touch. And present. And spontaneous.

All month, I've been saying 2015 was an Unexpected Year. That I never saw it coming and it didn't work out how I planned. And while that is certainly true to an extent, looking back on this entry from exactly a year ago, I think I predicted it pretty well.

I didn't move, but I got really comfortable taking care of myself.

I work full-time between two jobs, and have found a lot of joy from that work.

I roadtripped with family to Missouri to visit more family.

I got dumped by boys that I should've been smart enough to dump.

I bought a car. All by myself

(I think I'll skip commenting about the kissing. Ahem).

I did make more friends, even if it took awhile.

And, okay, I didn't really get in trouble But I got myself in and out of tough situations a lot more gracefully than I ever used to.

I tried to be bold. I got pushed completely out of my comfort zone at Theatre on Ice ("Gillian! Have a sexier expression!" wait but howw???). I took chances on people. I used some personal attacks as a chance to speak my mind and speak it loudly (remember those tough situations?).

I tried to be authentic. Last winter, I really lost myself. I felt my true, dorky, obsessive, future-oriented self was too weird. And I tried to change it. I tried to be cooler. And just not care. But I quickly found how horrible that was and, thank the good Lord in Heaven, I came back a lot more me than before.

And I did overcome. Mostly little things, sure, but little things that all seemed to be a pretty big deal at the time: snoozing my alarm, anxiety at work, the bad habit of dropping things every time I saw an ex.

I got my feelings hurt. A lot. Sometimes justifiably, and sometimes because I was being too sensitive or expecting too much. And for periods of time, I'd feel my heart harden and I get a lot less trusting and I would write things like "BITE YOUR LIP AND BE YOUR OWN BEST FRIEND" on post-its. But in 2015, I learned that you don't have to harden your heart to protect it. If you are kind, and open, and believe in people, they will sometimes try and bite you. But if you are already stable and at peace with yourself, their bites won't leave a mark.

I laughed with the best people in the world to me. Late nights at the kitchen table swapping work stories with my cousin. In the car, in public bathrooms, hunched over cookie dough with my mom. At skating with silly friends and over skype with my best friend after a serious conversation.

At Nationals with my team in June, I had gone down with a friend. My Mom was following the next day. But she hit traffic. She texted me, desperate, saying she didn't know if she was gonna make it. She cried to my Dad back home over the phone because she was so frustrated.

We were competing with our short program that night. It was Alicia Keye's Fallin', and the program was about not love, but obsession with a person you know is wrong for you, but you still care too much about. In my melodramatic way, the program represented my year and I always felt so raw after it.

In the locker room, I didn't have my phone. We were about to go on and as far as I knew my mum wasn't there. My mum, who had driven me to practice every single week, been my closest confidante and cheerleader, and was the reason I was on this team and at this competition.

The music started. The 24 of us, dressed all in black, nailed the program. We were told it gave people chills. You could feel the energy from the crowd and from our tensed bodies growing as the program gained force. And we hit the end.

The rink was so, so loud, we were holding our positions and breathing hard and directly in front of me was my mom, jumping and screaming after she had literally parked the car and ran inside, past the man asking if she even had a ticket, as she heard them announce Ovation of Boston over the intercom.

And in that moment, I couldn't even talk. I felt like I couldn't stand up. My throat felt like it wanted to laugh but as we got off all I could do was cry. The minute we were in the locker room, I grabbed my phone and called my mom and I just sobbed.

So yes, Gillian of December 31, 2014: In 2015, you cried with joy. You cared about something enough to be sick-to-your-stomach nervous. You felt the energy of a stadium full of people in a way you hadn't before.

For every heartbreak in 2015, I was given another reason to hope.

For every relationship that ended, a better one began.

For every doubt, a new glimmer of progress.

I lost myself for a time, and found a better me in the end. I left dreams only to come back and pursue them fiercer. I learned more about myself this year than I ever have before and I am so grateful to have lived every moment. 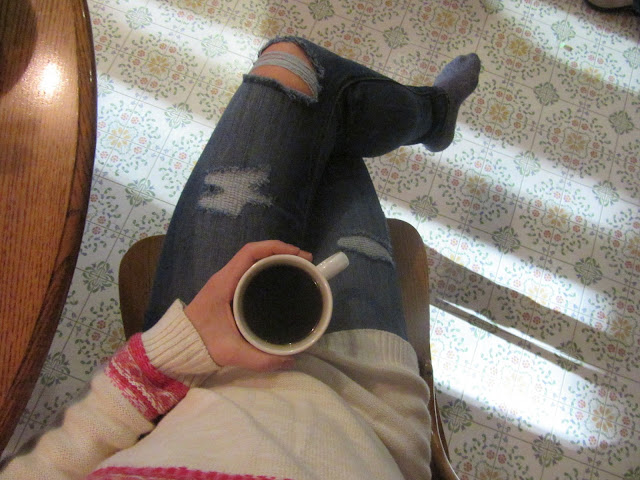 Stuff I Need To Remember To Do
Heroines Aren't Guaranteed A Hero
I'm Just Overthinking About Songs and Movies and Pixar Shorts
Permission To Shine
Don't Call Me A Good Little Church Girl
Junior Moves in the Field
Plant Your Own Gardens
Plant Your Own Gardens: Revisited
For When You Realize You Grew Up and Became Toad